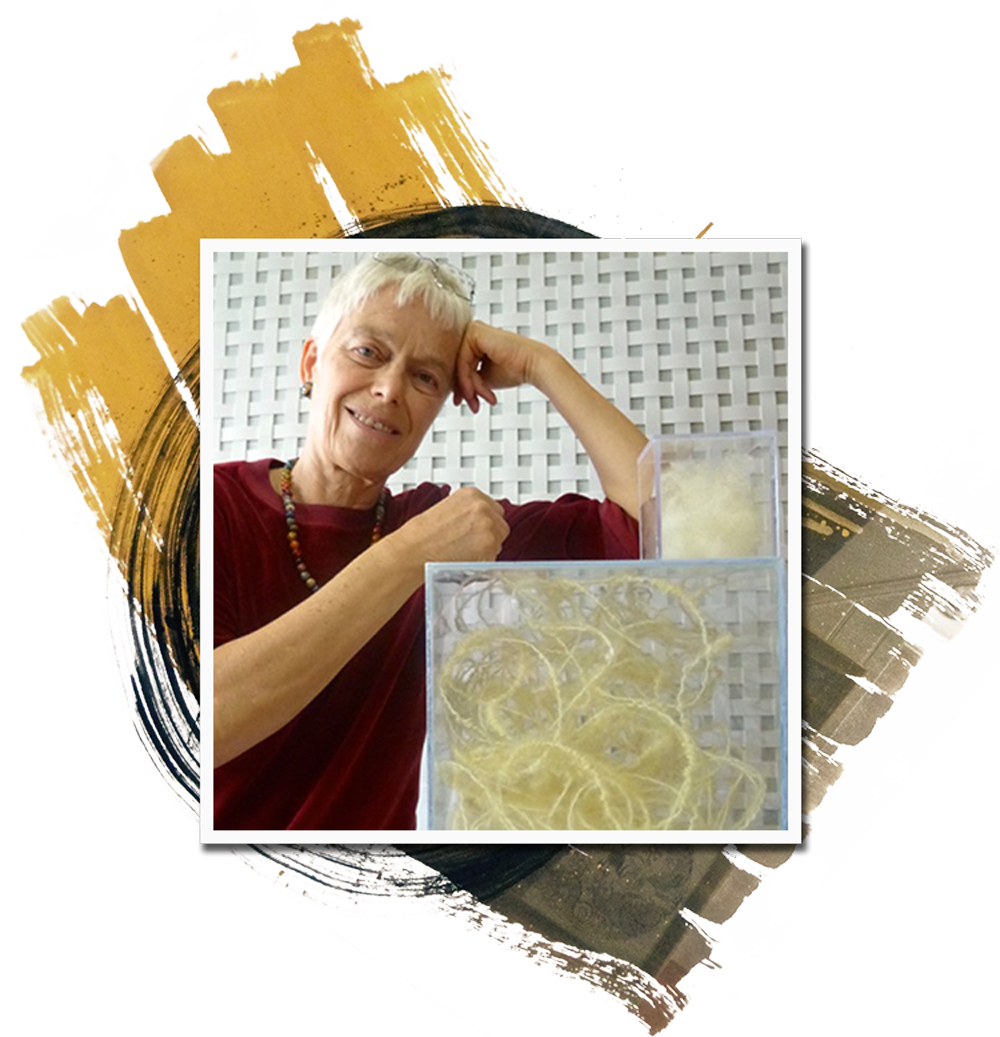 I wish you lots of pleasure with my art

Welcome to a world of colours and light

Today I can look back on more than 50 years of activity as an artist. My works normally emerge from self-created projects, which are characterized by an important topic or a fascinating technique. Many projects run parallel over several years.

The most noteworthy projects include photo collages, psycho-portraits, stylized nude pictures, double-sided room dividers and textile work, some of which - and more - can be seen on this website.

The project irrelichter, an absurd and at the same time colourful caricature of traditional german domestic lighting methods, can be seen on www.irrelichter.eu.

My parents were art-lovers and they often took me on visits to exhibitions when I was a child. My father occasionally painted to relax, and my uncle to release his feelings. My mother modelled in clay for several years. My parents as well as my school art-lessons encouraged my strong creativity. In the critical phases of my youth and early adulthood, I found  consolation and new confidence through artistic activity.

2. What inspires you? How do you find your motives?

I find works by other artists very inspiring. But also being alone helps meo get "strange ideas". In problematic life situations, I need creative artistic activity to find myself and to achieve new clarity.

3. Where do your artworks come from?

From my imagination world

4. How did you learn your artistic craft?

5. What is the most important thing that anyone has ever said or written about a work of art for you personally?

The commentary of the art critic Lori Waxman 2012 at the dOKUMENTA (13) in Kassel:

A brief history of artistically designed lamps would have to include Isamu Noguchi’s paper- covered modernist orbs, Philippe Starck’s many postmodern witticisms, and the cute metal cow head that stood by my bedside when I was a teenager. Anna Schmidt’s “Funky Mary” glows somewhere in between them all. Originally just a floor lamp with a fussy wooden base and a cream silk shade trimmed in black velvet, the device was utterly transformed by Schmidt’s addition of organza and chicken wire. The shade became a swishy ladies’ skirt, complete with legs hanging below and a bustier-wearing torso above. Other creations by Schmidt reimagine the lamp shade with slightly less bawdiness but an equal understanding of its inherent possibilities. Magazine pages, hand-knit wool, painted fabric and variously deconstructed and reconstructed found shades abound; light is used both in its presence and in its absence; even the metal frame that holds it all together invisibly becomes a striking element. A perfect reading light these are not—but then, with the advent of e-readers, we no longer really need lamps just for lighting up the printed page.“

Artistic creation is a vital necessity for me because it keeps me alive. I'm fascinated by light in all variations and need the art to express this fascination. In art, my creativity finds its outlet.

7. Which techniques do you prefer and why?

I work with all techniques and any material that seems suitable to me, depending on the project.

8. How long do you usually need for a piece of art?

Different depending on the work

9. Are there any people who have influenced your art?

My parents and all the many artists whose works I have met.

10. Who are your customers?

Again and again I find that especially young people fall in love with my "Irrelichter". Often they know the standard lamps of the 40s to 70s from their grandparents and are fascinated by the alienation that I bring to them.

E-Mail: This email address is being protected from spambots. You need JavaScript enabled to view it.